The SWL consists of a graphic part (charts) and a textual part (OUTLOOK). 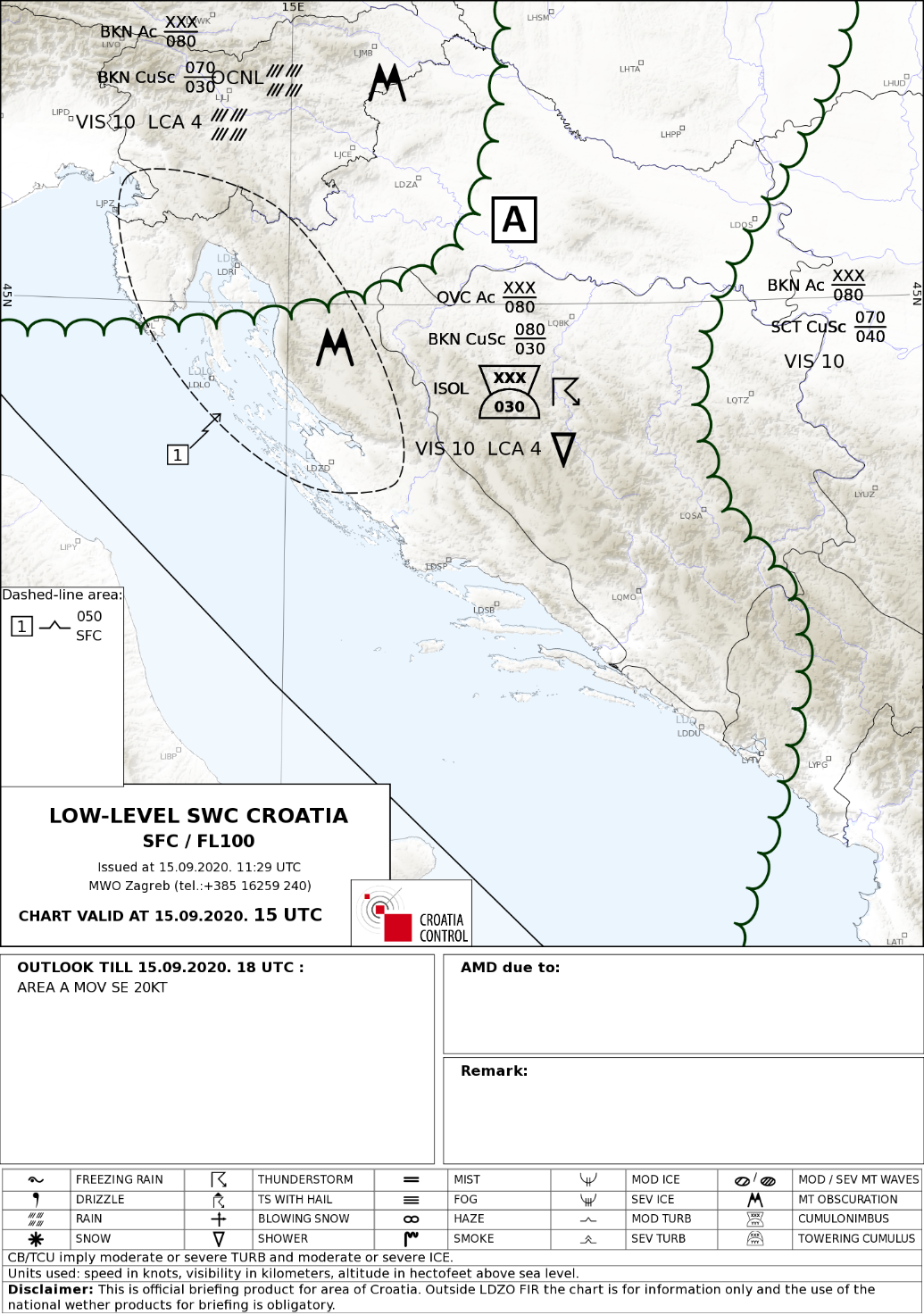 Regular SWLs are issued 6 times a day, and corrections are issued as needed according to defined criteria. The issuing times for regular SWLs and their validity times are shown in the table:

* Due to user requirements, a chart for 06 UTC will be created and will be available on the web page met.crocontrol.hr, two hours before the deadline, i.e. at 21 UTC.

Marking of meteorological elements on the chart

Significant MET elements and their distribution are marked on the chart as follows:

Significant changes of MET elements in relation to those plotted on the chart are entered in the OUTLOOK. The spatial distribution of phenomena is described by referring to:

AREA B -> area on the chart bounded by a line of clouds and marked with a capital letter B.

AREA 2 -> area on the chart bounded by a dashed line and marked with the number 2. 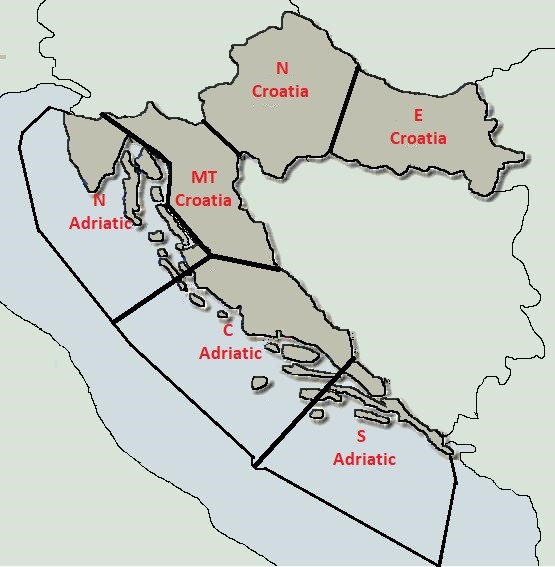 The area, occurrence, trend and, if necessary, the speed and time of change are entered in the OUTLOOK:

The criteria for entering significant changes in the OUTLOOK are the same as the criteria for issuing AMD, and are defined in the chapter that follows.

* Widespread - in an area of ​​approximately 100 km or more in diameter.

OUTLOOK AMD can be issued at any time after issuance, until the end of validity. Changes that occur in the last hour of OUTLOOK will not be issued as AMD OUTLOOK, but the change will be included in the following chart.

TCU IN AREA B

A SWL forecast correction (COR) is issued in the case of a subsequently observed error in a previously issued SWL forecast.

The following MET phenomena are not drawn on the chart, but are entered in the Remark section as needed:

Other important information can also be entered in the Remark section, in which case the English language and abbreviations used for SWL are used.

TCU IN AREA B